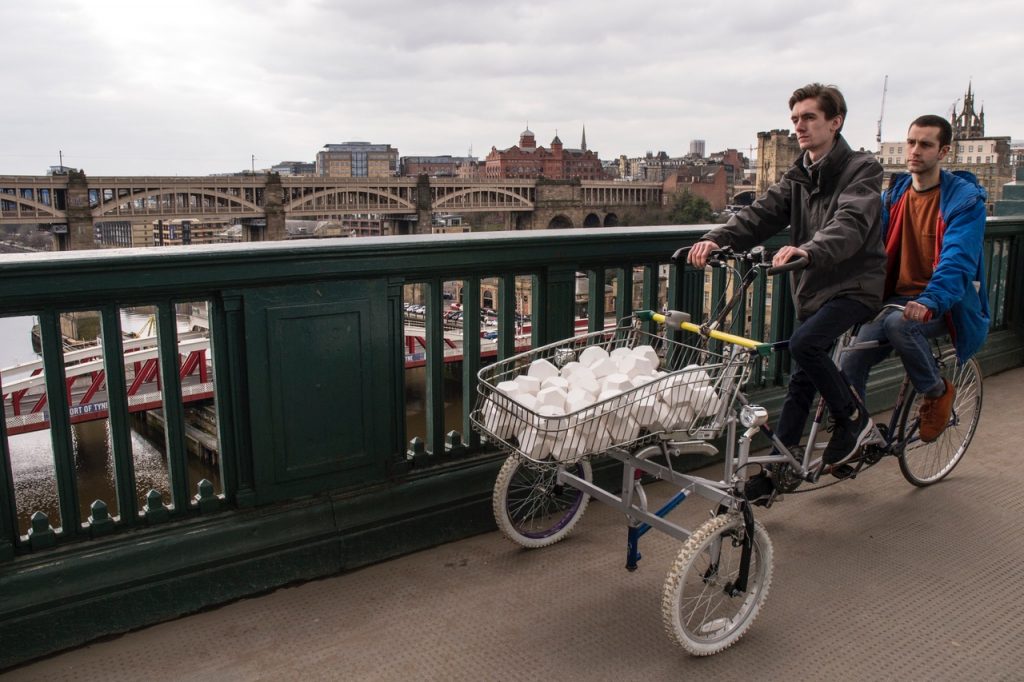 A series of thought-provoking artworks will appear across the Tees Valley landscape for a week in August in an extension to the programme for this year’s Festival of Thrift.

Giant artworks in central Middlesbrough, a sound installation in Hartlepool’s ancient Headland church, a travelling tricycle seed bank and a car motoring around with a cow on the roof are being featured as part of Viewpoints by Festival of Thrift from 19 – 26 August.

The installations have been commissioned by the award-winning festival, which is the UK’s national celebration of sustainable living, to challenge ideas of sustainability and offer different perspectives on local or global environmental issues.

Stella Hall, Director of the Festival of Thrift which takes place in Kirkleatham on 22-23 September, said that the artworks were inspired by the Great Exhibition of the North and seek to encourage locals and visitors to get out into the Tees Valley and challenge their own views of what future sustainability means to them.

“Each of the  artists has taken a different approach to what sustainability means to them, so there is plenty to think about and discuss.  We hope the artworks will also get people out and about in this wonderful area as the pieces can be found across the Tees Valley region.”

Viewpoints by Festival of Thrift is supported by Tees Valley Combined Authority.

“The festival is getting bigger and better each year and we feel taking it out of Redcar and into the wider Tees Valley region is very important.

“This shows how our cultural organisations are pushing boundaries and doing something different to help make our area a more interesting, attractive place to live.”

The artworks will be located across the Tees Valley for the duration of the official Viewpoints week.  ‘Warning Signs’ will be on show in Middlesbrough’s Bedford Street car park and ‘Sonic Anomaly’ at the 12thCentury St Hilda’s Church on the Headland at Hartlepool.  ‘Last Ditch Attempt’ and ‘Cow-car’ are peripatetic artworks that will travel around the Tees Valley area from 19 – 25 August.

Descriptions of the Viewpoints’ artworks are as follows:

‘Warning signs’: Graphic artist Ian Kirkpatrick is designing giant artworks which will explore the past, present and future of the Tees Valley, and which will decorate the hoardings around the car-park on Bedford Street in Middlesbrough. These mega-artworks will remain in place after the Viewpoints week. This commission is produced in partnership with Middlesbrough Council.

‘Sonic Anomaly’:Sound artists Lee Berwick and Rob Olins, will create a sound installation in St Hilda’s Church, Hartlepool Headland(a magnificent 12th century church), using a mix of pre-recorded local voices and sounds electronically generated within and by the building, reflecting the local people and the unique position of the church on the headland and as a refuge from the sea. Visitors to the church will experience different sounds and moods as they move around the building. Sonic Anomaly will be open to the public Mon 20 – Fri 24th Aug, 12 – 4.30pm, come along to see this beautiful church and to experience something unique.

‘Last Ditch Attempt’: Artists Lucien Anderson and David Lisser have built a mini mobile seed-library which they will cycle around the Tees Valley. Made in response to last years flooding of the Svalbard Global Seed Vault, the artists will take this tandem-cargo tricycle to different boroughs on different days. The artists will be talking to people about the importance of harnessing local knowledge, and establishing independent crops of open-pollenated vegetable varieties, essential for our long term self-sufficiency and survival. They will give away – to a few lucky people! – a mix of vegetable seeds inside specially made plaster capsules, so that people can choose whether to keep them as their own personal seed-bank, or to break the capsules open and plant the seeds within.

‘Cow-car’:Sculptor and art-car-maker Andy Hazell will weld a steel figure of a cow onto the roof of a VW car and will drive around the Tees Valley, talking to people about the fact that our burger habit means that intensively-farmed cows are producing methane in quantities that rival car emissions, so perhaps we need to think about what we eat and its effect on our lovely planet. See if you can spot the cow-car as it moooves around Teesside!

Biographies of the Viewpoints by Festival of Thrift artists

Lee has been producing and performing sound compositions, installations and films since the mid 1980’s, as well as his solo and collaborative installation work he has worked extensively with performance, storytelling and dance.

His work endlessly pushes boundaries and has been shown in London’s Hayward Gallery, The ICA and Tate modern as well as at many other venues around the world. He has had a program about his work made by the BBC and has spoken at the RA in London.

Lee also produced and wrote music for his critically acclaimed Digidub record label and performed globally as a DJ and a live act.

Lee is also part of the organising body running ‘The Tank’ an old oil storage vessel in northern Sweden which has a 24second reverb and is used as an arts venue and instrument by Lee and his ‘Inner Ear’ performance/sound art collaborators.

More details about his work at: www.leeberwick.com

Andy attended art school initially at Reading University, studying printmaking before transferring to the Hochshule der Kunst in Berlin and studying photography. In his final year Andy transferred again to Syracuse in upstate New York where he studied sculpture.

Upon graduation Andy worked as the Queen Mother’s gardener, a tax clerk, courier, and ambulance driver.

From 1984-86 he attended the Slade school of Art, graduating with an MA in Environmental media, which was followed by a fellowship at Cheltenham College. During this time Andy experimented with mechanical sculpture and became an Automatist creating animated tinplate figures, museum collection boxes and props for Film and TV and had over 40 exhibitions of his work.

Andy’s practical skills led naturally on to creating durable, site-specific works for the public realm. He has become a skilled fabricator able to create almost anything, making work for other artists, as well as his own work.

He has a large studio on the Welsh border and maintains careers as an ‘Automatist’, a Public Artist as well as a maker of short films which are shot mostly on Super 8.

Ian’s work is inspired by the history of art and design, from ancient cave art and Greek amphorae, to graffiti and computer graphics.  He creates his work in response to current political and social themes, using the bright colours and bold iconography of graphic design as a means to capture attention and engage audiences – often in non-traditional settings such as marketplaces, shopping centres and gift stores. His work adopts the strategies and materials of consumer design as a means to critique Western capitalism and initiate new conversations about pressing global issues such as migration, climate change and war.  He creates his work digitally, then manufacture it out of industrial materials including stainless steel, vinyl, corrugated cardboard, Perspex and Dibond.

Ian’s art has been exhibited across the UK and internationally, with shows in New York, Chicago, Montreal, Berlin, Munich and London.  He has produced commissions for the London 2012 Olympics, the Tour de France, and the Oxford Museum of Natural History.  Ian recently completed public art commissions in Leeds, Amsterdam and Rotterdam.

David Lisser thinks a lot about the future. Probably too much. Through his practice, he prods at our relationships with technology, our hopes and fears for tomorrow and the role that food plays in society. Pseudo-archaeological in approach, he creates sculptural artefacts and narratives to reveal different understandings of culture. Previous projects include collaborative woodcarving with industrial robots, fictional nomadic tribes that subsist on midges, and walls made of bread. In 2017 he presented The CleanMeat Revolution, an imagined museum-style retrospective of the 21stcentury lab-grown meat industry.

Lucien Anderson is an artist based in the North East. But really he wants to be a mechanic, not one that services your car, but one that wastes time and ritualistically tinkers. Previous projects have involved escape vehicles, survival structures and scientific installations with a fragile authenticity. Using a combination of basic materials and everyday objects, Lucien develops and builds deployable structures and infrastructures, examining fundamental needs and notions of everydayness and mobility.

Through combining their interests in climatic crises, food futures and habitual tinkerers, they have built a device they hope will help encourage people to ‘grow their own’, become self-sufficient and in turn stave off an increasingly inevitable food crisis.

Artworks to pop-up across the Tees Valley as part of Viewpoints by Festival of Thrift2018-07-242018-08-08https://www.festivalofthrift.co.uk/wp-content/uploads/2020/06/upcycled-logo2.pngFestival of Thrifthttps://www.festivalofthrift.co.uk/wp-content/uploads/2018/07/janina-sabaliauskaite.jpeg200px200px
Contact 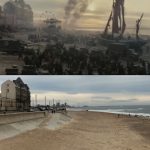