Come along and sing with the Festival of Thrift choir

Come along and sing with the Festival of Thrift choir 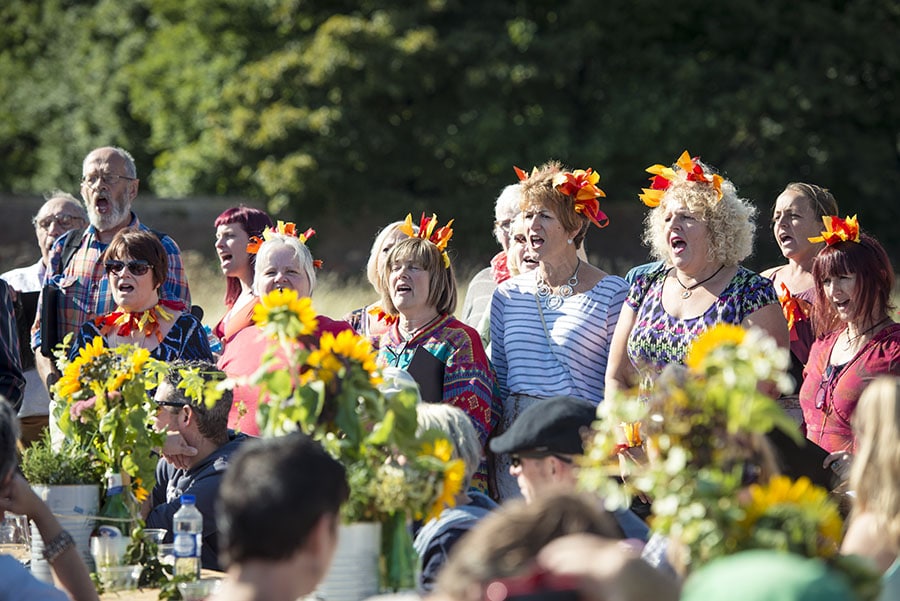 An event aimed at anyone who loves to sing is being held by the Festival of Thrift’s resident choir.

Phoenix Voices, the Festival’s open-access choir in residence,is hosting a gathering on 28 July from 7 to 9pm at the Earthbeat Centre in Saltburn.

It will be a relaxed evening designed to showcase Phoenix Voices choir and inspire people to sign up for the Festival of Thrift Phoenix Voices project.

Phoenix Voices was established through work with Mouthful (a vocal quartet) for the 2016 Festival and has around 50 members who participate in on-going monthly singing days.

Three years on at the 2018 Festival of Thrift on 22 and 23 September, they’ll continue to celebrate Teesside, sustainability and suffrage in a mix of songs from all over the world plus new composed material.

The repertoire of songs for 2018 is on the theme of sustainable transport and ranges from Big Yellow Taxi to Chela – a Bulgarian song about a bull – as well as uplifting anthems including a Teesside version of Power to the People and some favourites from previous Festivals.

Phoenix Choir will be out and about on the Festival of Thrift site throughout the weekend performing in unexpected places – spot the singing statues and the harmonising hedges … – as well as on the main stage.

The choir is keen to hear from any enthusiastic singers.  In addition to the event on 28 July there are all-day workshops on September 1st, 8th and 15th, and evening rehearsals on 5th and 19th September. To register your interest and find out more please email info@mouthfulway.co.uk